Serendipity is defined as “the occurrence and development of events, ideas, and inventions that result from unforeseen, random occurrences encountered by chance, or luck.” We all have experienced serendipity at some point in our lives. When you learn to embrace the power of serendipity and reflect on all of the things that happened in your life as a result of a serendipitous moment, you begin to realize the profound nature of serendipity, and can begin to plan for placing yourself in situations that increase the chances of these serendipitous collisions occurring. This is known as planned serendipity.

One of the more prevalent myths associated with entrepreneurship is the belief that entrepreneurs are cut from a different cloth than most people. The belief is that entrepreneurs are nonconformists that have some unique, technical skill, and ultimately have a sudden “aha” moment that leads to these breakthrough inventions. Does this actually happen? Do great ideas result from a sudden light bulb going off in a person’s head? The answer is that occasionally this may occur, however, more often than not, successful tales of entrepreneurship are riddled with random, unforeseen occurrences that nudge a person toward the eventual invention that makes him/her famous. This article will talk share several stories of serendipity, and how these moments helped shape the businesses, and products we all know.

George Crum (also known as George Speck) was born in a town called Saratoga Lake on July 15, 1824 to an African American father, Abraham, and a Native American mother, Diana. He grew up in upstate New York in the Adirondacks region of the state that was rather remote, however during the summer months became a resort and vacation destination for many. At a young age, George learned the basics of cooking from his parents, and began working at a very young age as a hunter guide, and a cook at various restaurants in the Adirondacks.

As he slowly developed a reputation in the area as an accomplished chef, he ultimately landed a job at a well-known restaurant called “Moon’s Lake House”, which was considered a high end restaurant in its time, serving wealthy families in the area, and affluent vacationers from Manhattan. The restaurant had many “regulars”, including a man named Commodore Vanderbilt, who savored the food, but was also known for always complaining about the food and preparation. George took enormous pride in customer service, and the way he prepared each plate of food. Whenever Vanderbilt was there and sent something back to the kitchen, George would always do his best to try and satisfy Vanderbilt.

One day, the grumpy patron (Vanderbilt) ordered “Moon’s Potatoes”, a well-known house specialty. At that time, potatoes were commonly served in thick cut slices in the French tradition (early French fries). Vanderbilt found the slices to be too thick, and in fact, he said that he couldn’t even stick his fork into the potatoes that he claimed were so under cooked. Dissatisfied, he sent them back to the kitchen and requested that they be sliced thinner. George heeded his request, cut the potatoes into smaller pieces, served Vanderbilt a second portion. Still not satisfied, he returned them yet again, insisting that they be cut thinner still. George was not in a good mood that day, so when the dish came back second time, he was not particularly receptive to criticism of his cooking.

Out of anger and frustration with the customer, the spirited Mr. Crum obliged by slicing them as paper thin as he could, and then flash fired them. George realized that if Vanderbilt found it difficult to stick his fork into the regular potatoes, it would be impossible for him to do so with these thin fried potato wafers, which would crack the moment the fork pressed down on them. Out of his frustration, George thought this would, in turn aggravate the customer, and George took some satisfaction in knowing he would get back at the demanding Vanderbilt. Intending to teach the wealthy patron a lesson, the reaction from the diner instead was one of enthusiastic appreciation and a request for a second serving of chips! Soon other diners requested Crum’s Saratoga Chips.

And so the potato chip, as we know it today was born. In 1860, Crum went on to open his own restaurant in Saratoga Springs, and launched a new product called “Saratoga Chips”, the first branded potato chip. He became a very successful entrepreneur and restaurant owner, and was known not only for his outstanding food and chips, but the manner in which he treated everyone equally. The restaurant became very successful and busy, and Because of Crum’s humble upbringing, he insisted that guests be obliged to wait their turn, whether they be millionaire’s or working class customers. The snack food association claims Crum brought his invention to his newly opened restaurant where he placed them in baskets on all the tables, and marketed them in “Take-out” boxes as “Original Saratoga Chips” George Crum passed away a wealthy man in 1914, despite never patenting his invention.

What can we learn from this story? Well, for one thing, great ideas often become realized because of random unforeseen circumstances, and not the result of some deep insight, thought process, or plan. In future editions of this newsletter, we will be sharing other stories like this about the impact and role of serendipity in entrepreneurship. For now, let’s keep this conversation going on our discussion board at http://www.operation-startup.com/muut-forum

Please consider visiting this site, and share with us your stories of serendipity!

May the forces of unforeseen randomness cause you to experience the wonders of life! 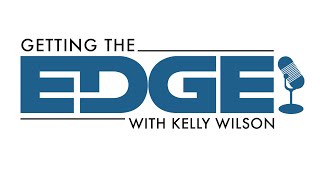